Several people reacted to my last blog with the reasonable question of how we can maintain/retain the sensation of enchantment on the bleak, depressing days when everything seems to be wrong with the world (or at least our own bit of it). 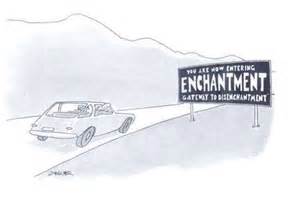 I have no easy answer to this (if there were one, it probably wouldn’t have been necessary to ask). So here are some ramblings, which circle around and, I hope, in on that question.

Enchantment is, in the words of Jane Bennett (in The Enchantment Of Modern Life) “a mood of lively and intense engagement with the world. (It) consists of a mixed bodily state of joy and disturbance, a transitory sensuous condition dense and intense enough to stop you in your tracks and toss you onto new terrain and to move you from the actual world to its virtual possibilities”

“Transitory” – it’s not a permanent state of bliss nor will it make us immune to all that’s wrong in the world. Why would we want that anyway? I’m talking about the ability to perceive the enchantment that is present in the world and to use its capability to disrupt “the apocalyptic tenor of the news and the despair or cynicism it breeds” (Bennett).

We can, however, cultivate the capability to be (re)enchanted. You can’t decide to be enchanted but our relationship with enchantment is not merely passive. We can seek it out by learning what enchants us and how that feels – and by sharing what we have learned. Exchanging ideas and reflection provides new ideas/possibilities to/from others. I think we can train ourselves to more readily recognize/respond to sources of enchantment.

Thoughts from a train

On a journey from London to Edinburgh, I looked out at Lindisfarne and its monastery perched on a rock at the end of a narrow causeway. Why did they build a monastery there, looking out at the sea? Maybe it was for defensive reasons but it seems just as likely that it was a place where they could be enchanted by the extra-human power of all that is around. A place to contemplate (almost) all that is not changed by humanity. Maybe being cut off from land twice a day was part of that. Maybe the monastery buildings and the high castle were an expression of a unity with the environment.

Shortly afterwards we approached the railway viaduct over the Tweed at Berwick – at once a symbol of man’s domination over nature and a thing of great beauty. The same could be said for Brunel’s Clifton suspension bridge over the Avon gorge in Bristol. 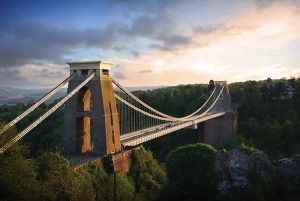 How do we reconcile these constructions with nature? Do we need to? Such things do not disenchant the world. What we do as a result of having them there sometimes does. The point is to know what the difference is.

Not so far across the border into Scotland, after passing through some fine, wild country, one is confronted by the nuclear power station at Torness. 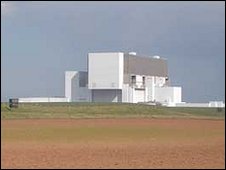 Not too much enchantment going on there.

I wondered whether this structure would seem so grey and ominous if one did not know what it was? It certainly has an air of Top Secret, Keep Out about it. Might it be a secret centre for interplantetary negotiations? Have the aliens come to save us and set up base here? Somehow one might hope they’d build something nicer.

A bit further up the road there’s a cement works. That’s pretty ugly too and not exactly good for the environment. Can a building actually emanate the essence of its intent? Is purpose immanent in a building? Would Chartres cathedral seem evil, if it were really (but unbeknown to us) a cement works?

And then there was Arthur’s Seat in the distance and my heart stirred.

Edinburgh, a city of many faces.

The old town, what’s left of it, reeks (used to literally reek) of the middle ages, of magic and superstition. You find the outspoken symbols of the mighty at the top and bottom of the Royal Mile – and the home of Scottish Calvinism halfway up. 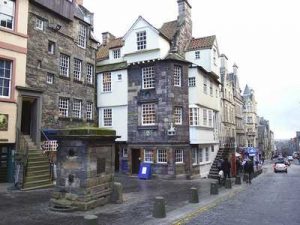 It also clings to and is in places literally part of the rock on which it is built. And incredibly Scottish.

The new town is a monument to the Enlightenment, neo-classical architecture at its finest, Edinburgh’s financial district, the product of a new power in Scotland, refined, looking towards England and away from the Highlands it was never part of. 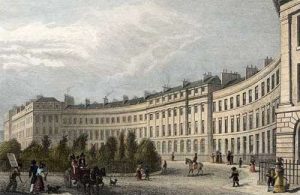 Sitting on top of nature, taming it in places but never embracing it. But stunning nonetheless.

Go further out, to the Edinburgh tourists don’t see, to the “schemes”. The Edinburgh of Trainspotting – tower blocks, boarded up houses, gangs. I wrote “Good luck finding enchantment there except at the bottom of a glass or the end of a needle”.

And then I found this picture and felt stupid and arrogant. 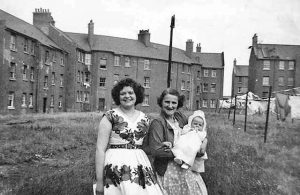 Here’s me prattling on about enchantment and yet denying people’s right/ability to find it almost anywhere.

But for me, more than anything else, the heart of Edinburgh, its source of enchantment is Arthur’s Seat.

Here we have this magnificent mountain (well, OK, officially it’s a hill but it looks like a mountain) right in the middle of a large town. No one has built on it (for a very long time). There’s a road that goes round it but the only way to get to the top is on foot. And when you get there it’s as often as not very windy and, folks, there is no tea house when you get there.

You can see Arthur’s Seat from many parts of the city including the scheme in the previous picture. It imposes itself on and is at the same time inherently part of the entity that is Edinburgh. And it never fails to enchant me. 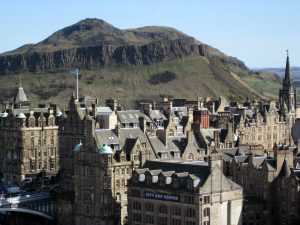 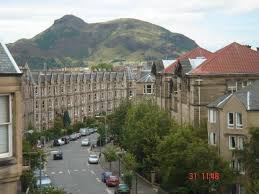