As I set off on my Sunday morning run, I said to myself “don’t think about your blog”. I’d been having trouble getting this blog to work. I wanted to write about the relationship between circular economy and other fundamental changes that people are trying to achieve – but it kept coming out abstract and, to be honest, boring. You might think running was exactly the right time to do some thinking but I’d noticed recently that when I’d been running, my head had been too busy with work and writing and things that needed doing in the house. I couldn’t get into a rhythm. The Tao Te King of running had deserted me.

So off I went. I emptied my head as best I could, opened my eyes and ears to my surroundings and relaxed into the rhythm of my own movement. The sun was shining, the birds were singing. All around me were the things I loved about this little piece of the province of North Brabant in Holland – and also things I didn’t love.

A little further on I was confronted with two guys on motor-cross bikes who clearly had not the slightest interest in how other people use the countryside – churned up paths and noise. Kids probably but still. There was also a rally for old Saab’s taking place. Gently purring cars proceeding at a stately pace and a decent interval between them – room for everyone. Needless to say they stuck to the road. OK, the fuel consumption probably wasn’t too environmentally friendly but they weren’t going very far and certainly not doing it every day.

And then there was a man on his mountain bike carrying a length of central heating pipe he’d obviously just liberated from the old-iron container up the road.  He had a use for it – re-use – two circles in from recycling. Good stuff.

Somehow this got me thinking about my mum and dad, who grew up in Glasgow and East London (respectively) in the great depression. Maybe just because of the deprivation of their childhood they loved and respected nature and being in it and they passed that on to me. They didn’t really understand farmers, though. That’s something I’ve had to learn.

My dad and his younger brother joined the communists because those were the people who actually did something for (but more importantly with) the local community and who stood side by side with the Jews when Moseley tried to march through the East-End with his storm troopers. That brought them into circles who were trying to change the whole of society. 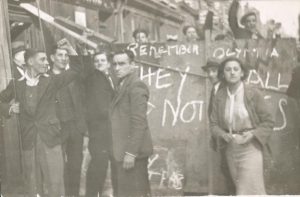 Their sister Anne meanwhile fought her own battles. Coming from an orthodox jewish family, a girl was not expected to pursue her education. But she fought for and won the chance to go to university.

And there was my mum demanding money from her estranged father so she could go to London and train to be a nurse and do something useful in the world.

Later, when they were retired, my parents campaigned not just for decent pensions but to get older people recognized as normal people with normal desires and normal capabilities – people with dignity.

And that led me to my friend Aileen who wouldn’t let me hold doors open for her, which may seem silly and extreme and I thought it was too but it challenged me and made me question my own assumption that I was so super liberal and liberated. And that’s how we learn.

And then it was time to get back to the Tao Te King of running, 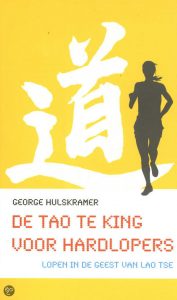 because listening to your body and enjoying its movement is also part of freeing yourself from the mental constraints imposed by day to day life (or even trying to write a blog). Being in balance is pretty much a prerequisite for being any use to anyone else.

Somewhere in all that process the penny dropped. This was my blog. This was what it’s all about.

What the Tao Let Me See

Circular economy does not (thank god) try to be the grand unified theory of social, environmental and economic sustainability. It does provide a powerful framework in which we can connect large and small scale change. Its remarkably simple conceptual structure supports an enormously rich set of relevant activities. It’s not just economic and it’s not just circular in material things.

Eva Gladek of Metabolic explained in a Dutch documentary on (re)use of water that decisions about the management and use of resources need to be located in communities. This is not just a social consideration but also one of effectiveness, agility and speed of learning. Centralization and large scale can’t achieve this. So a genuine participation society is not just an ideology – it works better. 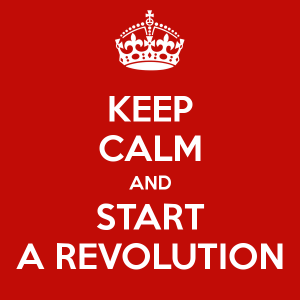